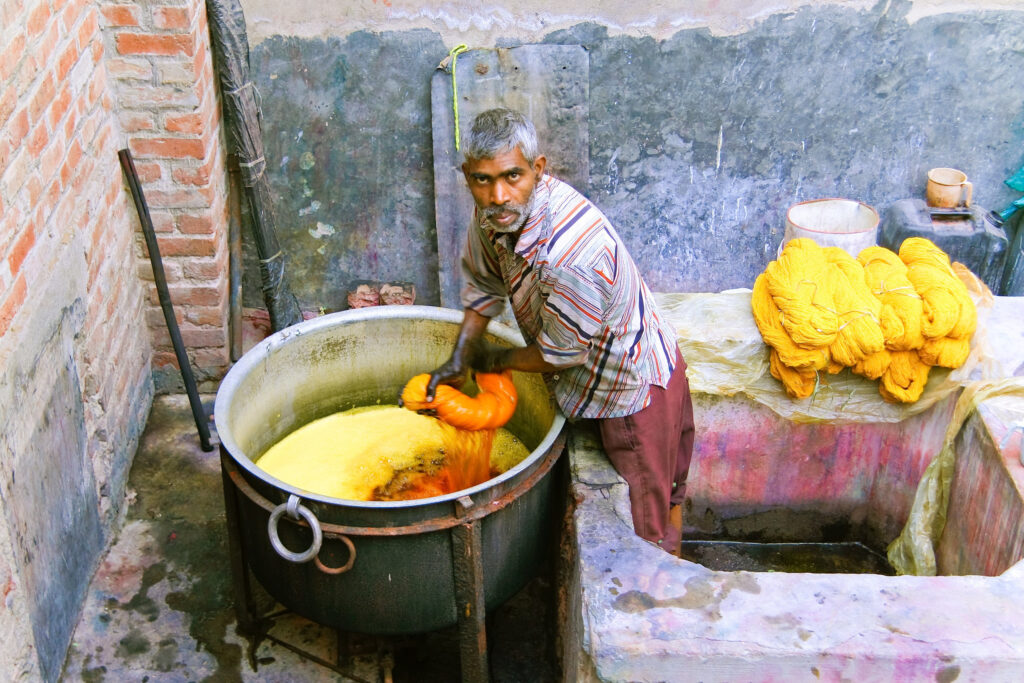 Last month I mentioned that I’m working with the book A Garden to Dye For to learn more about growing plants that you can use to natural dye fabrics. One of the first important concepts is learning about how well or how long a plant’s color is likely to adhere to the fabric that you’re dyeing. After all, you don’t want to grow a plant for dyes that will immediately fade, right? So, I’m learning about colorfast and fugitive dyes.

You can technically dye fabric with almost any plant. However, some plants simply work better than others. Basically, colorfast plants create a natural dye that will easily stick to your fabric and won’t fade very much. In contrast, fugitive plant dyes won’t stick or stay on fabric for very long at all. You an still use fugitive plant dyes, but you’ll usually use them for other crafting projects, such as coloring homemade play dough, rather than for dyeing fabric.

In the aforementioned book, author Chris McLaughlin notes that we should consider not just how colorfast a plant’s dyes will be but also whether they are lightfast and washfast. Colorfast means the color will stick and not fade. Lightfast refers to color that doesn’t fade much even after frequent exposure to light. Washfast, as you might guess, refers to colors that don’t fade much even after many times of washing the fabric.

McLaughlin emphasizes, “a color might be one and not the other” of these three things. Solstice Studio notes that sometimes when a plant is one but not the other, we call it “semi-fugitive.”

Berries are so beautiful as plants that it’s tempting to try to dye fabric with them. However, they are often fugitive dyes. The color rarely sticks.

Other common examples of plants that are less than ideal for dyeing, according to Solstice Studio, include:

In contrast, though, there are many great plants for fabric dyeing. Obviously, McLaughlin’s entire book is about this, so I can’t cover it all in a paragraph. However, some of the most popular options include:

You want to start by choosing plants with good colorfastness and/or lightfastness and/or wash fastness. However, do note that other factors come into play. How much of the plant you use to dye, the temperature of the dye bath, whether or not you add mordant or modifiers, the fabric you use, and how long you leave the fabric in the plant dye bath are just a few examples fo those additional factors.